The Contact Merge Tool gives users the ability to merge duplicate records together. 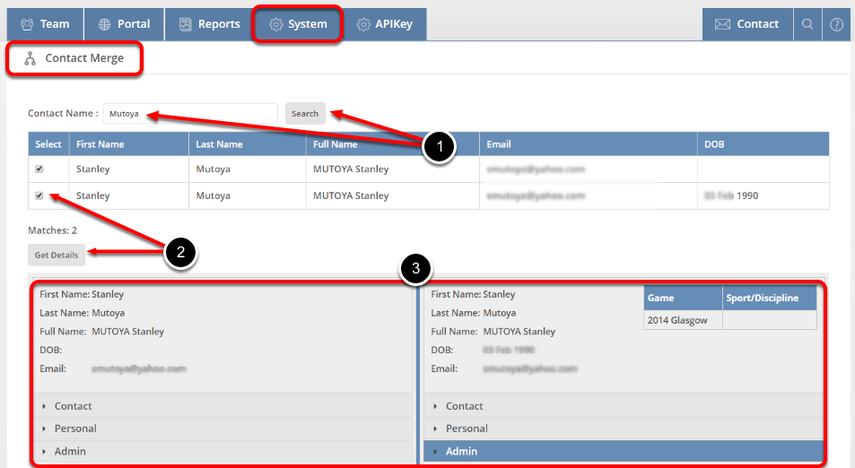 The Contact Merge Tool can be found under the Admin top menu.

Viewing the Records to be Merged 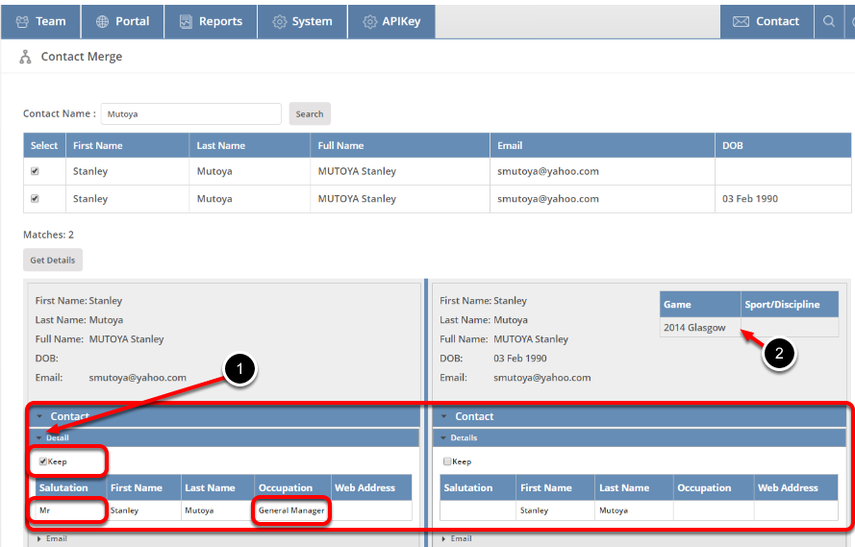 ** Important Note – There are 2 mandatory fields – Contact Name and Sites

Once you have selected all the fields to be merged click the merge button and a new merged record will be created and the 2 duplicate records will cease to exist. You cannot undo this operation.